Motion paths define the paths that objects move through the animation in time and space. They are represented on the timeline (at the bottom of the application) as shown in the following screen capture:

If no properties change, both representations result in identical html files.

One way to assign a motion path to an object is by clicking on the Motion Path property in the object's Property panel on the right: 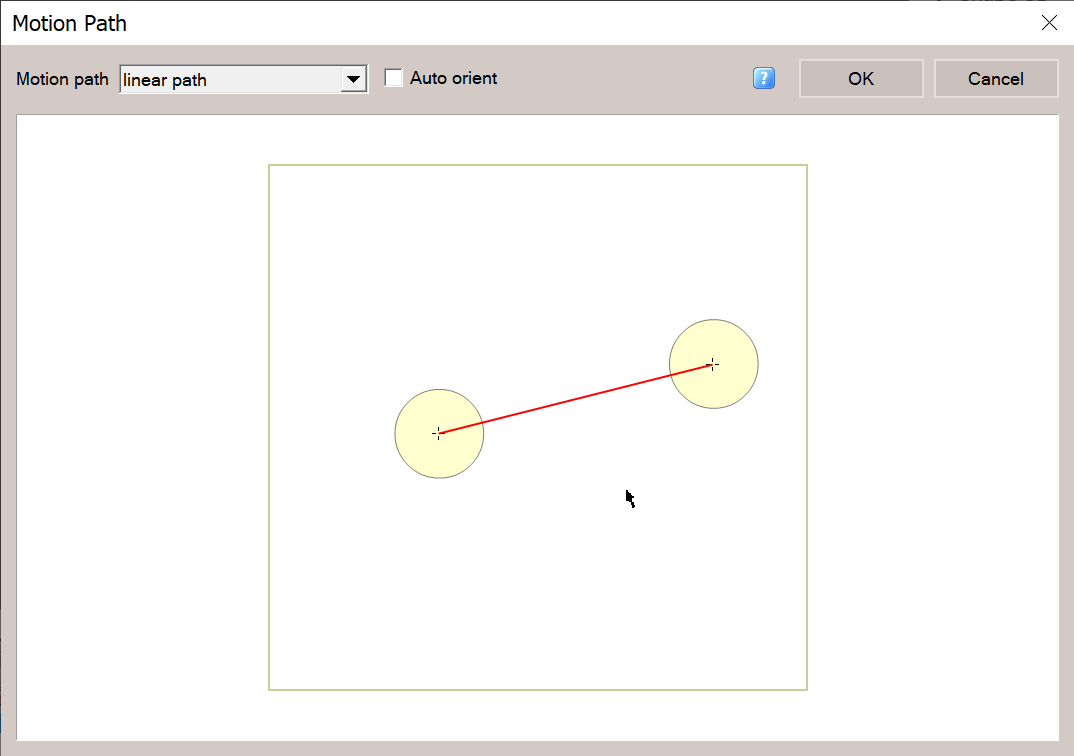 An example of a quadratic motion path is shown below: 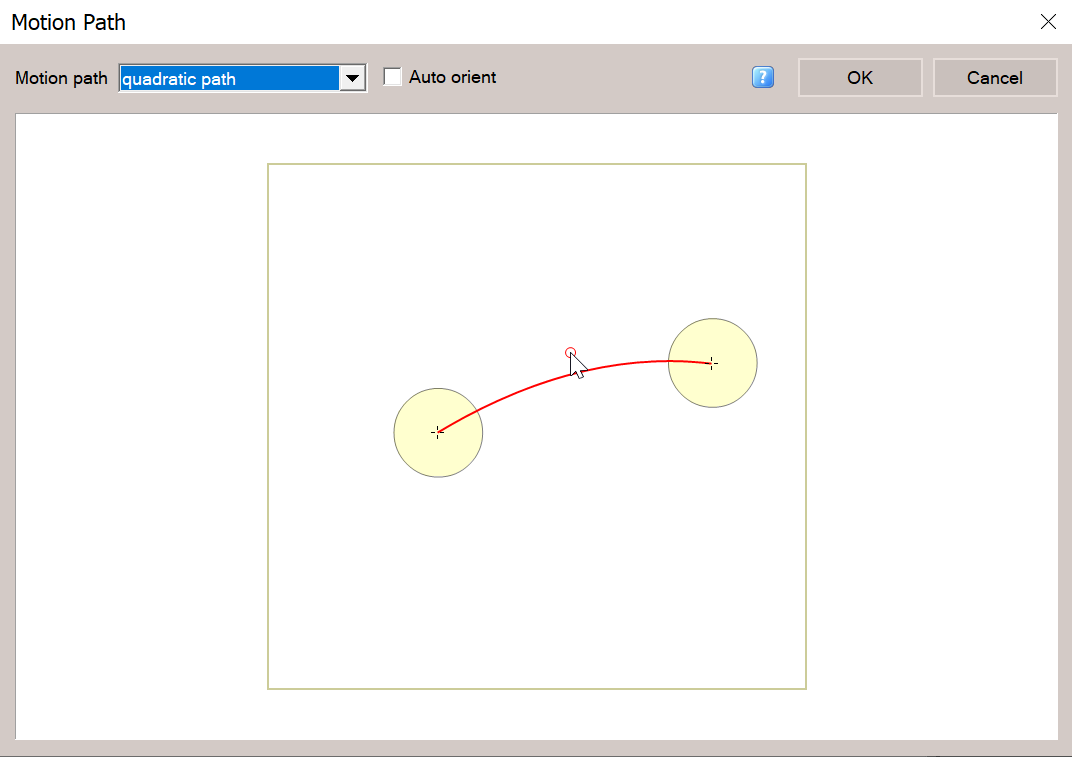 The circle on the quadratic motion path can be moved to set the degree of curvature of the path.

At the top is a check box labelled auto orient. If this box is checked, the object will align with the direction of the motion path when the animation plays. An example is shown here.

Several videos and tutorials on the topic of motion paths in the context of this software are: